“We Are One Human”

Shakti, Greenfuse contributor speaks with Afghanistan refugees January 2017, only 6 months before his murder. See updated article since RIP Mahmoud Ahmad Kahn was murdered July 5th, 2017 by the family of a government official there who seized ownership of their families 5 shops, causing incredible unrest- coming soon. Here is the propaganda made by one Pakistan media outlet, although it is false according to all testimony on the ground- many victims of the shooting. http://dunyanews.tv/en/Pakistan/395675-MPA-Manzoor-Kakars-brother-critical-after-Quetta- .

Mahmood Ahmad Kahn is 22 years old, he and his 17 year old brother Naveed grew up in Qandahar, Afghanistan, in “the mountains of gold.” They once had a thriving community, where their family did very well dealing in textiles on a pilot scale at their own shop. Naveed studies Biology and Mahmood graduated from his Engineer studies. However for the past few years the Khan family has been living as US-Terror refugees along with 1 million war refugees in their camp alone on the boarder between Afghanistan and Pakistan. Even though they are educated and self-sufficient, for Naveed and Mahmood, there is little opportunity to escape everyday violence and poverty brought about by war. Now as refugees, they are subsisting on the very bare survival essentials, such as one meal per day, small rations of unclean water, some electricity, and enough spotty internet to communicate with Greenfuse.

Shakti– Can you speak about where you are from?

Naveed Kahn– We belong to the province Kandahar, but we are in refuge on the Boarder near Pakistan now. It is quite tough to live over here, not like it seems for other people, in films or anywhere else in the world; we live very hard over here-too much struggle. We eat just once a day. We do not have water to drink really, it is very far away and so there is also poor hygiene.

Shakti– Can you explain why you have been in refuge for the past few years?

Mahmood Ahmad Kahn– I am a refugee for 3 years, because of many militaries, about 52, invading my country starting in 2002, after 9/11, but mostly the US Military and the ongoing terror we faced. There are thousand of stories from Afghanistan which will make u cry, I can’t explain in words how they rule and how they kill the innocent children and people of our country.

(Mahmood in the middle with friends)

Shakti– Can you please speak more about what it is like in Afghanistan and where you are now?

Mahmoud Ahmad-Today your American soldiers are here in our country, and many times 500 hundred innocent people are killed. There are one million refugees on the boarder near Pakistan, mostly from Afghanistan. Everyone has the same problem that I had, forcing them to leave their homeland, and that is because of US military terror and attacks. They bomb entire villages, all of people die in whole village, no one left alive to tell the story.

Naveed-Yes yes they are bombing us, it very common, they’re striking poor people in villages, more than 500 innocent peoples are killed some days.

Shakti– Who are “they” specifically?

Mahmoud Ahmad– US Military mostly, plus Afgani Military, and a branch of Afgani Military, the three are united, to make our culture run out. They are just making a genocide. Here we are totally against US Military because they do every thing wrong that one can think of. They enter homes without permission and when they see any girl, they take her with them by force, then she crys, we all cry for her, too leave her, she is our sister or our mother. They beat them, rape many girls.

Shakti– Has anything like this ever happened to you?

Mahmoud Ahmad-Yes, one day the US Military came to our village where there was a marriage for my cousin. The military entered our home forcefully. They said we want to take this girl with us whose marriage is today. She cried, shouted to leave and they killed her in front of the family. I cry, is this humanity, justice? Is this democracy?

Shakti– Why do you think the US military is in Afghanistan? -What does they do there on the daily?

Naveed-Their interests have changed, they’re shifting away from Afghanistan, going for Iraq, Libya, Syria, etc. now. The US military is just here screwing off, and restricting areas.

Mahmoud Ahmad-Yes, since 2002 they have been here, but now they are just collecting checks, taking resources from UN, doing nothing but getting international attention and aid. You know better than me the US government is a multi-billion $ super power, with a huge amount of weapons, military, lies, and money. They want to destroy all of us, destroy everything, and they have changed the whole life of Afghanistan.

Shakti-What are the militaries getting from Afghanistan, is there a specific resource they are after?

S-Do you think the military is exploiting the land for these resources?

N-Yes yes of course, the US Military is just destroying our land, our culture, and getting our religion very wrong. I myself have been the victim of this activity many times.

S-Why do you think Americans misinterpret your culture?

N- It is hard to understand because we Muslims believe in peace. We are in search of peace, we do not want any water, any food, we don’t want luxurious life, we just want to be humble and live peacefully.

S- Here it is unfortunately very common for mainstream media and now our very government officials, to try to convince Americans that Muslims are to be feared. Why do you think they say such negative things?

M- Do not judge Islam by the actions of Muslims. Islam is not what they do, but what they are supposed to do. Our Islam has taught us that no human is superior to another. White has no superiority to black and black has no superiority to white it, male is in need of women and women is in need of men. Koran tells us the why and how to spend life, what to do in this world and what we have come here for. The truth is that Muslims NEVER want to kill any human, not just Americans. Our religion teaches us that the killer of one human is the killer of whole humanity, so it’s the propaganda of media that produces hate between Muslims and non-Muslims.

S- Do you want to go back home? What are your plans?

N-Making the decision to be home is really hard; you can pay a lot for that if you are inside of Taliban or American military. But it is very hard to stay neutral and survive too. It is easy to be confused. Some say Taliban is on our side, some say Americans are on our side, so we are just very confused on whom to give our strength to. We are in two minds, you know? Thinking what to do, and what not to do, and its really hard to decide in our position. It is do or die, between the US Military side or Taliban side, it is a situation of do or die. It is quite clear if you join Taliban, US Military come in 2 days (to kill them). If you join on side of American you may survive 2 days, but then they kill your family, your crop, they will do everything that is possible to damage you in everyway. They are forcing it on us from both sides. They are very convincing; they both have so many arguments to convince you of their own agenda and how we can help stop the violence. 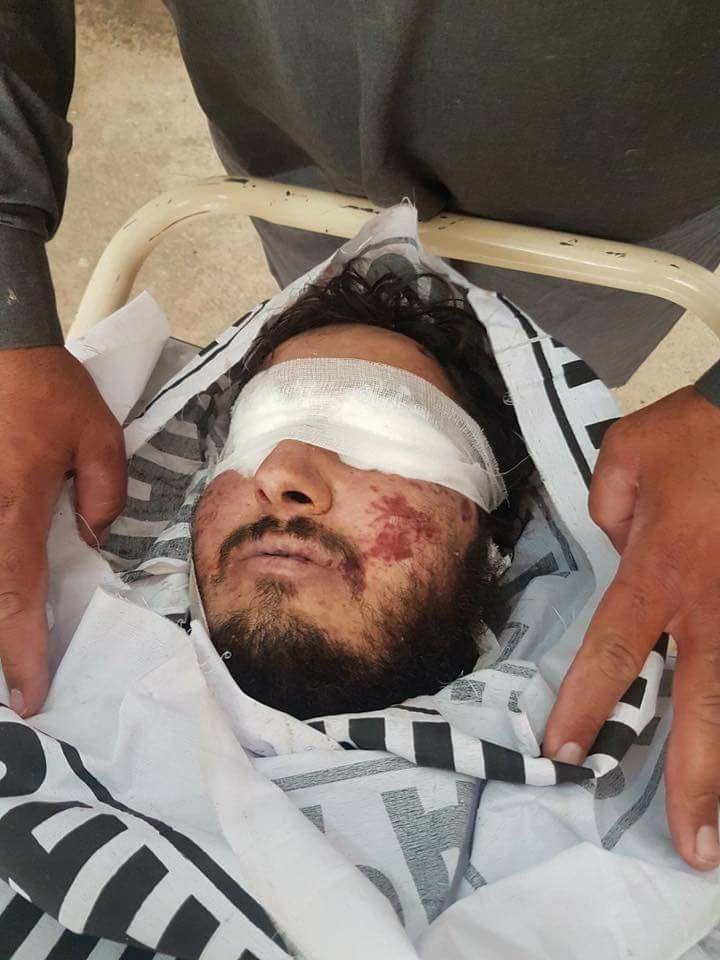 S-What is the solution to this unending war?

N- Not war, ha. You will never change anything with war, if you kill 1 Taliban, 10 more will come, and in contrast if you kill 1 American 1000 more will come. Our humble demand is only peace; we don’t want anything other than peace. Peace is the only way to finish these wars, not by weapons, not by military, not by agenda, you can’t bring peace with war,it doesn’t work that way. We just have to sit at the table and talk.

S- How as Americans can we help get our leaders to the table? We literally have war manufactures, contractors, financiers, mainstream media, and extractive energy conglomerates that run this country for their own gains.

N- It is really quite a task to be performed yes, it is difficult to make them understand, because they are being brainwashed, like Donald trump you can never do anything to convince him of anything- (skype call cut here/called back)…So how can we make peace you said. It is really difficult task to be performed, Donald Trump, has grown up in this US society, and he is brainwashed, and so he can never bring any solution to this very problem that is in Afghanistan.

S- How do you feel about Trump being elected president and the uprisings worldwide?

M- I am also with u against Trump’s government. But I am not in support of previous governments like Obama, Bush etc. either because they killed all of our family, children, women, they destroyed our whole country, our everything they destroyed. 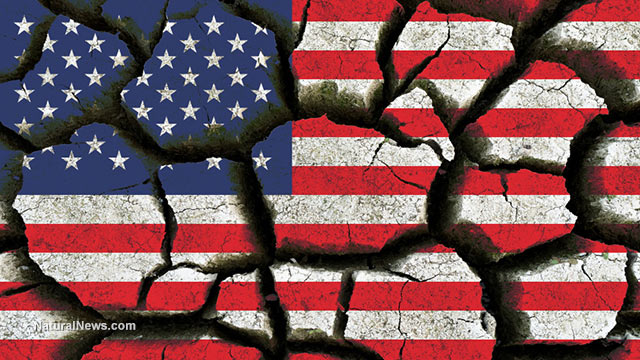 S- What would you say to US Government and Donald Trump if you could?

N- I would tell them Afghanistan belongs to us, this is our country; leave it to us, any problem that is in Afghanistan, we can solve in a better way. We have many traditional systems we can use to overcome all of the issues, fights, war etc. I mean who the hell are you Donald, to come in from far away, America is 11k miles, from us if I am not wrong, and they are coming here to help us in Afghanistan!? (They erupt in laughter) So please Donald Trump leave, don’t come, leave us alone here. If you leave us alone, all our problems will be easily solved in 2 years.

S- If you could say anything to the US Military what would it be?

M-I want to ask US Military to please leave our home, we can take care of ourselves, we do not need help. I want to ask what have we done wrong that you are treating us as animals? You are killing children, parents, women, WHY? Aren’t we human?

S- Do you want to say anything to the American people?

M-Yes, We will be also on side of you, to do something for humanity, to make people understand that we are one human, one body. We must act and be as a brothers and sisters.

One thought on “WE ARE ONE HUMAN”