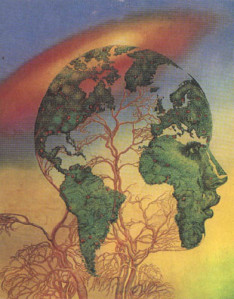 As society collapses all around us today it’s important to remember that there are alternative systems for human organization that effectively serve our species (and others) surviving, and even encourages our thriving! Can you imagine thriving? What that would look like? I know it’s a challenge, as it is in such contrast to our current situation as a species. Don’t loose that dream though friends, hold onto it tight. I sincerely believe now is the time to see another life sustaining system to fruition.

Did you know that currency exchange has only existed for the last 5k years (read David Grabers Debt:the first 5k years). Did you know that the system of law in America and consequently the world today actually serves to permit harm against the environment and communities, stripping the masses of their basic right to survive. The system of law we have today can be traced throughout our past, if you look closely you will see that it was designed to serve those with power and not the majority (read “How Wealth Rules the World”- also I’ll be posting an upcoming interview with it’s author Ben Price, Co-Founder of CELDF.org)? I could go on and on with the literature backing my claim, but I will just say start there.

My point is that competing for excess (instead of cooperating) on a finite planet is species suicide. There’s nothing about capitalism that is necessary, or inherent to humans, or natural, or even remotely serving our species (or others) moving forward.

Great news- there are alternatives to capitalism!

Before you go off on a tangent about the many “isms” the tv told you to fear, I beg you please not be a fear mongering junkie. Humans must discuss these issues without the noise of mainstream media manifesting in your “own opinions.” We must recognize that the system is only in place because the majority of people allow it to continue, largely because the humans have been so misinformed. We have the power! Let’s get informed!

Have you heard of the Resource Based Economy? It would suit our predicament quite flawlessly today. Everyone has everything they need, not only to survive but to thrive, no one is left out worldwide, only 3% of people would get to work on efficient necessary projects, no slavery, no exploitation, no dull drum careers which waste too many lives needlessly. We exchange resources globally using (non polluting) technology akin to amazon drone packages run on solar etc. but without the Jeff Bezos’ of the world, and those resources are not based on your personal desires or ability to hoard wealth, but instead all determined by what the planet can sustain. Humans share the wealth of our hard work instead of billionaires who hoard so much for themselves and more than the planet can sustain. Ive been advocating for this with the Zeitgeist Movement for over a decade. It needs to be considered now more than ever as we are experiencing the Corona Virus.

Before you get all hot and heavy and fear the worst in a system like this being co-opted by evil or greedy people, or robots taking over, just hear me out and check out the film attached “Zeitgeist Moving Forward” attached. Also it’s crucial to note that when we do not reward these gross human behaviors that manipulate and “co-opt movements” for their own benefit, conspiracies and the harm they cause will not be so prevalent. Envisioning a world without capitalism is difficult I understand because many aspects in society today wouldn’t exist because they wouldn’t be rewarded by this hierarchical patriarchal system. Those who nurture, care and love fully would be valued in a resource based economy, can you imagine? I can!

I understand capitalism is a sacred cow in our culture today especially in America, and there are a lot of people profiting off of your buying into this narrative force fed to you daily. What is ironic is that people’s adoration for capitalism isn’t based in fact. There are reasons you think you believe that capitalism is the only way to organize ourselves and it’s not serving you anymore. Turn off the TV friends.

Capitalism and democracy are antithetical, ask any person on the other end, enduring the American wars for “democracy,” and ask Bernie about democracy! I’m sure most of you already knew that fact but for those who did not, the proof is in every headline today of how woefully inadequate and inhumane this system is. Capitalism stifles creativity, human potential and progress today, Ill give you a list of ideas and inventions Ive had that I never had the wealth to see to fruition. This happens to too many people, stifled by lack of resources and it costs all life on the planet. Capitalism allows a small handful of people and corporations to make decisions for billions of people, threatening our very survival as we see happening today.

Corona virus is an obvious message directly from mother earth (who is no doubt thrilled to get a break for the next month or so btw) Corona Virus is a message from our fellow earth inhabitants and ecosystems they rely on. There is hope in this dark time. Listen closely to the details of what is unfolding today, please I beg you to recognize the patterns. If not for others, but to salvage your own life.

Sure you can argue that capitalism served a purpose, at some point at some time. Sure we can be grateful for what it’s shown us in regards to technological development etc. (hindering it now and used for war instead of love but that another story you can read Carl Sagan’s Millions and Millions for more information). Today it couldn’t be more obvious that capitalism is an ancient outdated tool that is in dire need of evolution. We can and must evolve beyond smashing rocks together to make fire. We can do so much better! Today, we have a choice as a species to survive or keep using capitalism. I am not a big fan at a personal level and if you ask me it’s certainly not worth our species survival to keep playing this destructive game of monopoly.

Those in power will never put the survival of the species and planet above their own excesses, lets not fool ourselves. Compassion and awareness is not the type of behavior that got them the power they hold today. Their inner, often buried humanity will not magically surface to help all humans get out of this mess, we have to do it ourselves.

Greed is a destructive, sad imbalance, rooted in a misunderstand that one is separate from others and the planet. BUT greed is not natural either, it is only mainstream, within “leaders” because it is a byproduct of a system that rewards this behavior.

There was a lie that spread like a virus throughout the humans, which is still very much the basis of our social construct today, that lie is that humans are above nature and residing on infinite hierarchies, which also manifests as a belief that we need to be controlled from on high. It’s not true, none of it, we are apart of an ecosystem, not above it on a hierarchy, APART OF IT. There is not one white guy in the clouds above us, on a hierarchy with white guys below, minority men and women, then minority women, then animals, the planet, no. Every microcosmic organism is alive, all life is sacred, everyone, everything and it is all connected. As Lanie Guanier says it’s time to “ovalize the hierarchy,” I prefer the circle but it’s the same message.

I think humans get lost in the minutia of individuals, of getting evil people out of power and trying to follow their misdeeds endlessly (myself included). I come with a message that it’s not any one individual’s fault for the way things are today, not Hilter, not Trump or Hilary, it is within the system itself that rewards those most ill-willed with positions of power. Which if you ask me, is really great news because we can change our course with one cause- we can create a system that no longer rewards the most disgusting and misinformed behaviors in the human species. When we seize rewarding these behaviors with our social construct itself, it will fade from our reality. All that which serves specie’s survival, will then thrive in it’s place.

If you are paying attention you knew this collapse was coming in some form or another and for some time. I just want to insure my friends out there know all about this incredible alternative to capitalism, the Resource Based Economy. And hey, we all have a little extra time right now while we are in quarantine, so I say we use it to consider these important aspects of the human experience and how to realize a humane, fulfilling and sustainable future. Enjoy!

2 thoughts on “A Candle in the Darkness” 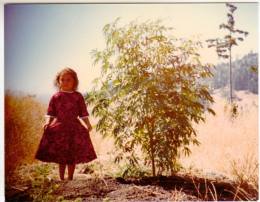